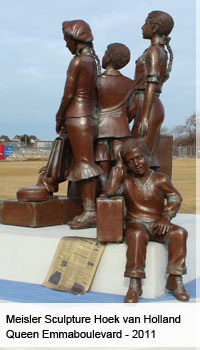 European monuments of the Kindertransport (Frank Meisler): London-Berlin-Gdansk-Hook of Holland

» The Kristallnacht of November 9th/10th 1938 revealed to the world the doom that was imminent to the Jewish population under the rule of the national socialists. Dutch and British refugee committees foremost among them the Quakers, started on the great rescue campaigns to save the life of children from countries occupied by Germany. Over 10,000 children from Germany, Austria, Czechoslovakia and the Polish town of Zbasyn, most of them Jewish, were taken in by British families or were accommodated in halls of residence. Boys and girls between the age of 4 months and 17 years had to travel without their parents to a country of which they knew neither the language nor the culture. At the railway station most children saw their family for the last time as they were murdered in the holocaust. « 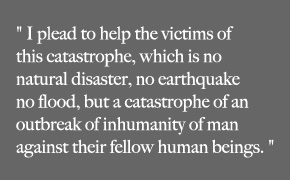 Small feet on the cold
Pavement, once, on the way
into the unknown
into the foreign
into a no-man’s land
Small hands torn from the hands
Of their mothers, their fathers
Dragged into nothing
Clasping a little suitcase
Holding another small hand
Little people following the big ones
Unsuspecting for all that
Into the unknown
Into the indescribable

The Hamburg Kindertransport memorial "The Last Farewell - The Last Good By" will be visible to everyone again at the Dammtorbahnhof in spring 2022. 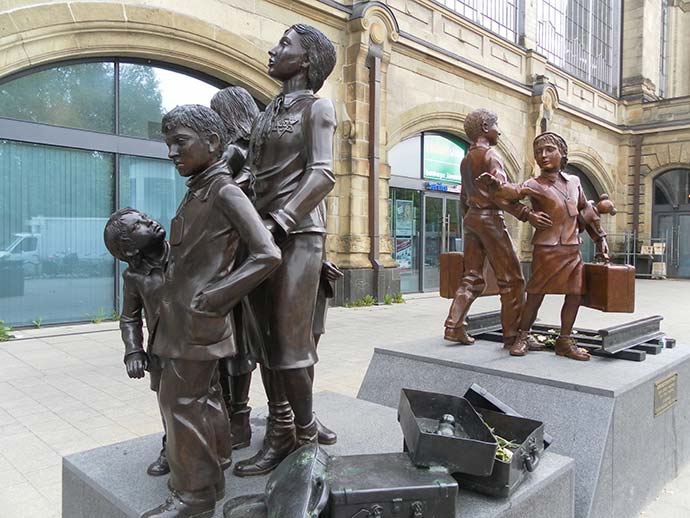