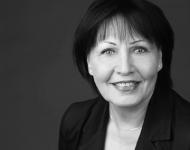 Years have passed since I met the participants of the Kindertransportsto England from 1938-39.
Peter Michalski, the former editorial director at the Axel Springer Foreign Service in London made me aware of an article in the TIMES. It reported the premiere of the documentary "Into the Arms of Strangers-Child transports to a strange world" by Deborah Oppenheimer and Mark Jonathan Harris, screened in London on November 9, 2000. At the same time this Oscar-winning documentary was screened in Berlin, with the then Chancellor Gerhard Schroeder delivering the opening speech.

Preparations for the construction of a sculpture at London's Liverpool Street station were taking place at the location where the Jewish children from Germany, Austria, Czech Republic and Poland first met with their British foster parents on arrival.

The focal point of this was a memorial sculpture by Frank Meisler unveiled in 2006. Bertha Leverton, who left Munich as a child and joined the train journey to England in 1939, is today a welcome guest in schools in Potsdam, Berlin and North Rhine-Westphalia. "It's not easy being a refugee and knocking on doors of strangers" she says speaking of the children, most of whom lost their parents and siblings in the Holocaust.

Other erstwhile children, such as Hermann Hirschberger MBE, Judy Benson, Otto Deutsch, Professor Leslie Baruch Brent, Frank Meisler, Sir Erich Reich, Hellfried Heilbut and Heinz Kallman followed her example to speak of their experience to young people. Since 2007, there has also been a connection with the trainees of the National Police School in Berlin Ruhleben.

These encounters with eyewitnesses and also German, Polish, Dutch, Czech, Austrian and British history, led to the idea of a memorial sculpture of the children transports in Berlin. Since November 2008 passers- by from many countries look with interest at the sculpture group of seven children "Trains to Life: Trains to Death" at Friedrichstrasse railway station in Berlin.

They can also read about the Holocaust on information panels on the station wall . For the railway station of his hometown Gdansk / Poland, Frank Meisler was commissioned in 2009 to create a sculpture to the departing children of 1938-39.

The history and details of children's transports was gathered and recorded by the volunteers of the organization „Initiative Berliner Kinderdenkmal“.

I hereby wish to express my deep thanks to these volunteers and to the sponsors of this project.

Together with the team at City of Rotterdam and the community Hoek of Holland we are preparing the inauguration of the sculpture "CHANNEL CROSSING FOR LIFE" on wednesday, november 30th 2011 in Hoek of Holland, queen emmaboulevard.